The nccm lookup form acts just as the lookup form, but for the nccm. Since the nccm has its own database, it also has its own lookup, which allows you to keep both separate if desired. 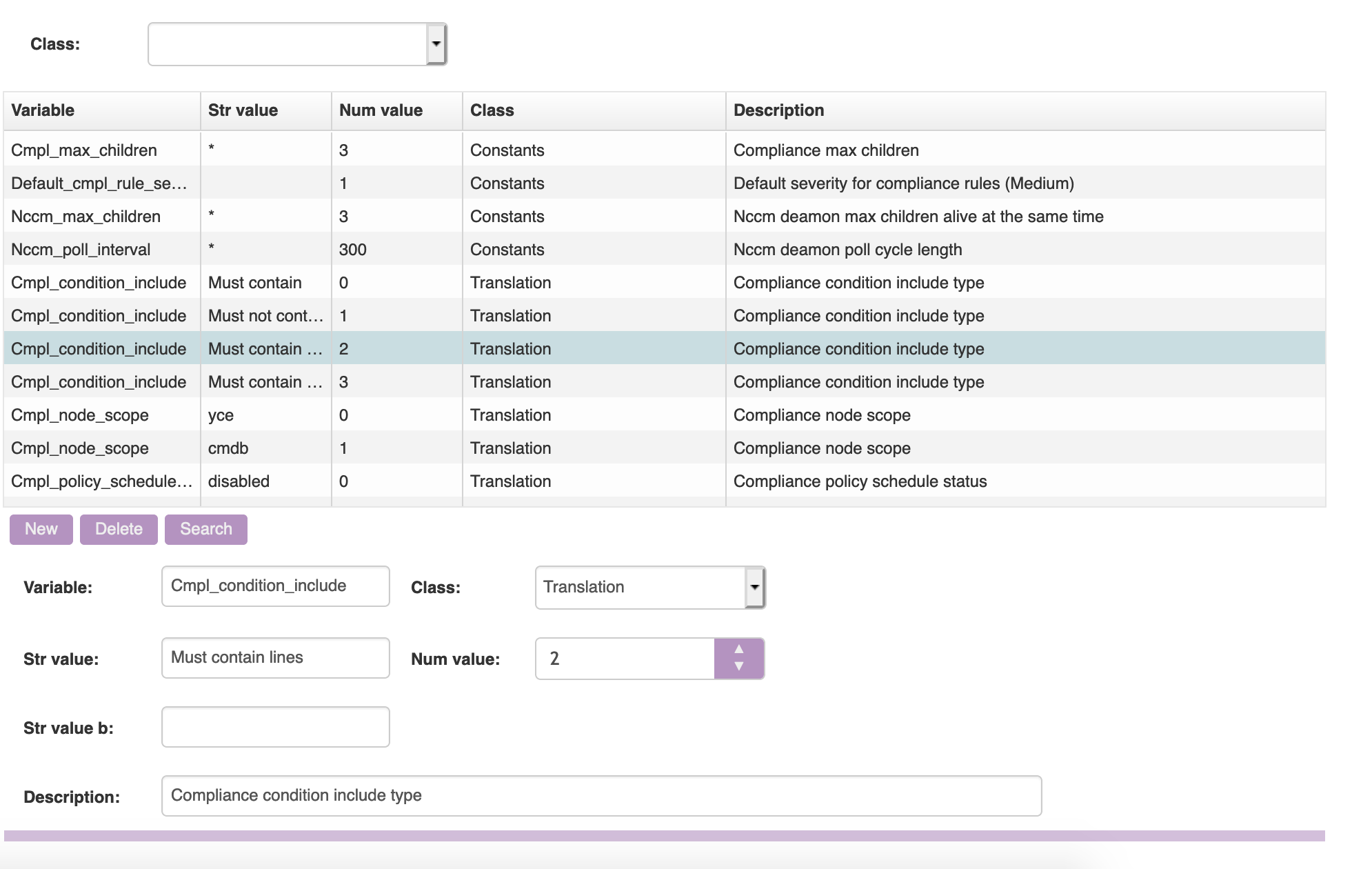 There are translations, which translate the labels on some of the dropdowns and numerical values for the different options in the compliance and nccm. Tweaks and constants contain a number of user-modifiable constants. For more information, refer to the Lookup NCCM Tweaks.

The new button shows a form with which you can create a new lookup entry, and the delete button allows you to delete lookup entries. Note that unless you know what you're doing, this is not recommended.