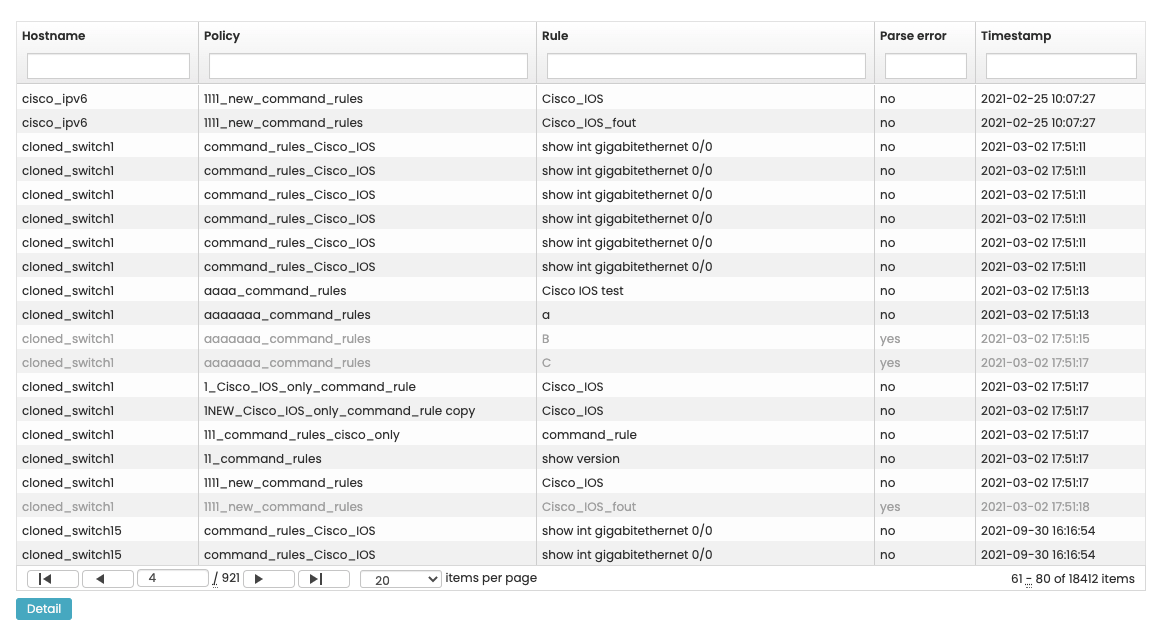 Command replies are used by the compliance for command rules. A command rule sends a command to a node, and then checks the reply of that command for compliance. These commands aren't sent at real-time, but they are collected in advance, during a node's nccm check. This way you can be sure that the command reply you're comparing against is about the same state that the latest nccm poll was in.

In this form you can see an overview of all command replies that have been collected by the nccm. It's a simple form, you can search for a hostname or policy and a rule name. If something went wrong during the latest fetch, then you will see that in the Parse error command: a command rule will fail if a command has a parse error.